I'm not exactly the hostess with the most-est, but hey, around here we go with Whatever Works. I'm taking the day off tomorrow because:

1. Ice storm
2. Self-proclaimed snow day - because I need to have ONE snow day this winter. This agonizing, soul-crushing, never-ending winter merits a day in my jammies.
3. Fireplacing migraine. Not the worst I've ever had, but probably the most annoying.

Kathy wins the week with family drama out the wazoo. When it rains, it pours, right? Well, California might be in a drought, but I think that Kathy needs for it to just. stop. raining.

Esperanza definitely wins Mullet for the concept of Detachable Ears. Andy reminds us, however, that it's not the DETACHING that's the problem, it's the re-attaching.

Miranda's chiming in with the unbloggable whines, which I think get a special award all their own because you don't even get the specific assistance of helpful (or otherwise) advice.

Labels: Awards, Your patience is appreciated

Wednesday Whining: Had my fill of DRAMA for the sake of DRAMA

A friend of mine just tried to get me to believe that the WORLD is COMING TO AN END because a large local multi-governmental infrastructure project is <GASP> delayed in delivery due to some less-than-stellar safety tests. And that we'll NEVER get the next phase of the project because of this delay.

I pointed out that these projects almost never get delivered on time, and she's gone off in a huff. Which is my fault for using the words, "hard to take you seriously".

But peeps, it's really fireplacing hard to take her seriously. Her husband is an @rchi+ec+. She works on The Hill. Delays happen. Dial it back.


It’s been quite a week in pixie world, friends but we have each other and limitless unfloggable chocolate flan for solace. Grab some flan and a refreshing beverage and take a moment just for you – you deserve it!

Liz wins the Snow Day, Again? Award. You know it’s bad when you have more snow days than Middle Earth Canada. It’s a dubious honour, but you win Winter! And a happy birthday too!!

kathy a wins the All the King's Men award for her unfortunate bookcase. Here's hoping it can be reassembled. We’re so sorry about everything going on in your family and hope your people are doing better soon.

QWP gets the Excellence in Parenting in the Trenches award for dealing with the first big tantrum so well. Nicely done Mom!!

Elevated Risk of Mullet goes to kathy a because her home is “a spider’s idea of Tahiti.” *shudder*

Miranda wins the If I Tell You I’ll Have to Kill You award for unbloggables that we understand even without knowing the details. We’ve got your back, friend. Let us know if Ralph needs to be deployed. All this in addition to a schedule that resulted in spontaneous nappage among the pixies – don your superhero cape and tiara proudly Miranda!

Andy wins the Master of Physics award for knowing that if you put the drink ABOVE Diesel, Diesel will not knock it over. Sheesh. Poor pup. Oh, and nice tie. :)

Esperanza wins the Old Skool Award for putting conditioner in her hair instead of shampoo.Try to think of it as a new sleek look.

To everyone who is overwhelmed with Things to Do, caring for grieving colleagues, trying to gain weight, parents who overdo every silly holiday, heavy furniture, body-sized heating pads, food stubbornness, unbloggable lost worm-holes of doom, and procrastinating….take a bow. Take a bow with an extra flourish if I missed your whine (sorry).

I promise there will come a time when I will not include a weather whine in our festivities, but it will not be today. Ugh.

Passing the pizza (vegan and gluten-free choices available), and everyone gets a sparkly green hat so nobody gets pinched on Monday.  As you know, we are all about style around here.

So many excellent whines and anti-whines this week!  Your host ran into something of a wall, though, and so is wishing everyone well, encouraging hugs as needed, and deploying Ralph and the Cluestick Posse to deal with the miscreants.

Queen of West Procrastination herself wins the Talkin’ It Out Award, for repairing a friendship in danger of wreckage because of loose comments online.

The Let’s Do the Time Change Again Award goes to Sue, who finally persuaded the auto clock to get with the program.

Liz gets the Super-Classy TMI Award!  We don’t think you’re ready for the d3p3nds just yet. ;)

Andy wins the coveted Elevated Risk of Mullet Award, with his description of Diesel (the hunk-of-maniliness doxie) making his best moves on Luca (the chocolate lab in distress).  OMG!  Yay for Andy’s patients, giving him an ovation on the return to work – we like ‘em.  Congrats on the 5 K!

Cluesticks, obviously, to Andy’s friend, whose big problem is too many women falling all over him, and related issues.  Seriously?  Also, we just don’t know what to say about the ex-ish and her antics, but Siberia sounds like a good place for her to sort it out.

Miranda wins the Chunky Train Wreck Award, for a combo plate of threats to remove her great kid from an organization for which she has worked hard, and a speaker who has retrograde ideas about women.  This award comes with a special Crochet Rage sash, which we think was a fabulous way to deal.

The Posse is also off to gently visit Sue’s friends, who just can’t seem to schedule a get-together except the night when she can’t go.  Phooey on that.

Liz wins the Fighting the Demons Award, dealing with both MS w0rd and stupidjerks involved with the crap she is trying to fix.

Speaking of w0rd, although Clippy has some fans, it is probably to the good that Clippy has gone into hiding.  Except for the occasional friendly appearance here.

Neighbor Lady sadly wins the Finding a Creepy Person Award, because a person who has been in her house and met her kids is also on the Official Creep List.  Gah!  Xoxo

Esperanza’s Dad wins the Fred Astaire Award, for taps on his shoes!  We wish Esperanza the best with sorting the mountain of dusty dirty furniture.
Posted by kathy a. at 7:09 PM 4 comments:

The dog put a dead bird on the bed, as a gift.  Dogs.  Nuttin' but trouble.

Big, small; whines, antiwhines; all welcome.  But special attention will be paid to the faintly or overtly hilarious everyday stuff.
Posted by kathy a. at 11:05 PM 90 comments:

Let's give this week a hearty farewell, shall we?  Passing cute little appetizers and chocolate of choice.

By popular consent, the Old Skool Award goes to Andy, for his excellent rant WITH  CAPS on the demise of his local soda fountain and [unwelcome] introduction of newfangled beverage choices.  How dare they!?

Esperanza wins the Bravery in Action Award, Shower Division for tackling a Texas-sized mess of hard water and soap scum.  Thanks also for the important architectural update on "country" facilities to prevent cow pie tracks throughout the house.

Sue wins the "They Did What?" Award, for the bounced check from the bereaved family that is busy fighting over the estate.  Keep it classy, folks.

The Success at Mordor Award goes to Miranda, who has now safely returned from the mothership.

Queen of West Procrastination wins the Ministering to Germs Award, Week 498 of This Winter Season.  Wishing the little one a swift recovery, and wishing you some springtime already.

Hugs to Neighbor Lady for her no good very bad week.

Congratulations to Sue's sweetie, for the end of Icky Procedures!  And to Sweet Baboo, for excellent poster work!
Posted by kathy a. at 12:53 PM 4 comments:

And, I have to leave early to get dental hardware installed....  Don't worry, it's just a crown.

We're supposed to get more rain!  Apparently, the mandatory news spin on rain is, "oh, this won't even put a dent in the drought."

AW:  Very nice party at my cousin's house this weekend.

What's up with you? 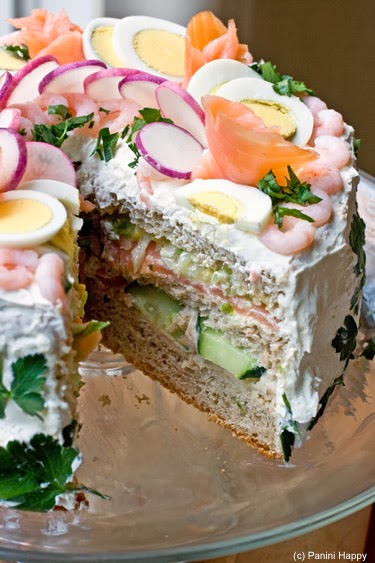 Hope the girls are out today, because we have zero left from the 10 boxes purchased a couple weeks ago.  Zero!  And there is an urgent need for thin mints.

First, sending love and wishing speedy recoveries to Esperanza's dad and Sue's father-in-law, both of whom landed in the hospital this week.   Much love and many good thoughts also to Neighbor Lady's friend, who has the fireplacing cancer.

Congratulations to Texas, for being the latest state to acquire a shiny federal court opinion declaring its anti-gay laws unconsitutional!

The Happy Place of the Week is the office supply store.  ;)

Liz wins the Order Out of Chaos Award for fixing up this "this horrid, putrid, stinky, filthy, fetid 180 page document."

The Chunky Politics Award goes to Sue, in two divisions:  [1] hyper-sensitive meeting practices, such that nothing can be celebrated for fear someone might feel less fortunate, and [2] choir drama.

Miranda wins the Lunatic Developments Award, with upgraded legal trouble for a family member AND work-splosions.  However, this prize comes with a BFF sash, since her pals also treated her to a fabulous night on the town, away from both problem areas.  Friends, indeed.

The Academic Brilliance Award goes to Queen of West Procrastination, whose long chapter earned praise!   Lil E wins the Developmental Milestones Nobody Tells You About Award, for antics including but not limited to her stealth raid of the trash can in her room, which we expect has already been relocated to a less convenient spot in the next town.

KLee wins the Mama Bear Award, for stepping up to stop the bullying.

The Cluestick Posse is riding to visit:  people who write horrid, fetid, messy documents;  germs;  maintenance guys who run mid-day fire drills;  anyone engaged in coersive tactics meant to disadvantage another;  parents who don't call when one of them goes to the ER;  scammers;  the weather gods;  people who line up a service and then disappear;  the fireplacing cancer;  nasty hurtful gossipy people;  bosses who don't have your back;  bullies; drama queens; and deserving others.
Posted by kathy a. at 12:25 PM 4 comments: