Apologies for not getting to the awards last week.  Again.

Almost forgot about that, but here we are.  Catch your sunbeams while you can!

The church down the street has an annual Japanese bazaar, with music and food and kiddie games and crafts and plants.  Yesterday was the day; the smell of the BBQ and sound of the taiko drums are glorious!

The new little cat, Minerva, continues to enjoy the housecat life, becoming a little braver and funnier each day.  Her big quirk is that she is scratching the thin fabric under the couch, so it hangs down in a ragged fashion -- but that is much better as a bad habit than shredding the visible parts of the couch, don't you think?

After 18 years in this house, my beloved and I finally agreed on colors for repainting the exterior!    Which will happen after the window extravaganza; we always figured there was no sense repainting when those windows have got to go, but things kept coming up, as they do.  I have a feeling he will want to do the scraping and painting himself, which is OK because he is running out of yard projects -- and an idle beloved will scour the home improvement supply store until he settles on something like a home jackhammer to work on the cracked driveway.

How are things in your neighborhood?
Posted by kathy a. at 12:09 PM 50 comments:

...because anyone over the age of 11 who puts on his or her tattle pants deserves a visit from the Cluestick Posse. So sorry, KLee.

An About Damn Time Award goes to Sue and her congregation for *finally* deciding to make a bathroom that everyone can get to when needed.

Sue also gets an Old Skool for frizzy hair. Tragic.

Kathy a with a late-breaking Old Skool for the broken toilet piece, minor version.

Streaking Award to QWP and Lil E. It comes with Bonus! Alone! Time! (I sooooo hear you, and I get alone time 4 times a week during the school year). Mr. Q is a keeper for providing said bonus.

Hugs to anyone caring for kathy a's SiL. And she can have a hug too, if it wouldn't be disturbing. KLee also gets hugs (gentle squeezes, not like that obnoxious blood pressure machine) for her doctor's office saga. Hugs for Liz and Muffin Man on the unbloggable medical issue. Hope it turned out to be nothing serious.

Apologies for anyone I missed.

A Deal in the Works Whining

Here's my deal: I will make lunches for every single one of Sweet AND Mini's classmates, IF their parents will work out a rotation and come over here and get Sweet and Mini ready for school. Worst. Part. Of. The. Day.

I feel like Nellie Olsen's mother, when she does that exasperated shiver (OK, I looked for a video on YouTube, but I can't remember her mother's name, and I've run out of patience--see above whine for reason why).

What are your whines, pixies? Want to make some kind of a trade? I'm in a mood to make you a good deal!
Posted by esperanza at 9:14 AM 62 comments:

W:  I have run into a wall, trying to come up with dinner plans.  And yet, people still insist on eating, and items must be hunted and gathered.  Ideas?    We are at the point where I have exhausted the array of regulars, and another Pasta Night holds zero interest for me.  Help!

AW:  Got back on that work albatross -- planned next steps, identified obstacles, multiple consultations, wrote some things.  Not exactly worthy of fireworks, but we may be headed out of the Sinkhole of Doom.

AW:  My husband send me a picture of a rescued momcat who needs a home, and she is a sweetie!  W:  But he might have just been teasing me.  AW: But the rescuer at his work sent him the photo, so apparently they know this is not just a dog-oriented family.  (Seriously, my beloved has Demented Dog Syndrome, causing him to use baby talk with "my sweet little precious baby girl" and display framed canine photos.)

Whining works:  My local online newspaper switched last week to the most hideous, overly busy trainwreck of a multimedia circus.  Apparently, I was not the only one to complain, because this morning, it is back to the old format.  Yay!

What are the whines and antiwhines, big and small, out your way?
Posted by kathy a. at 11:38 AM 59 comments:

Yay to everyone starting school, even if it feels like 120 mph!

Yay for friends moving nearby!

Yay for super-doorbelling, now taken to the next level!

Yay for end of construction projects being in sight!

Boo on broken computers, computers that get all balky, upheaval, exhaustion, headaches, and other maladies.

Hugs for those with relatives who seek to make one the monkey in the middle.

Here's to those who work so hard, and to those before us who secured worker rights:  minimum wage, limits on hours, workplace safety, social security, protections against exploitation of children.  I'm probably missing some.  And while there is still progress to be made on several fronts -- like maintaining a minimum wage that is somewhere close to a living wage -- untold human misery has been alleviated by these kinds of protections.  It is also useful to remember that much of what we enjoy has been produced by the work of others; none of us goes it all alone, pioneer style. 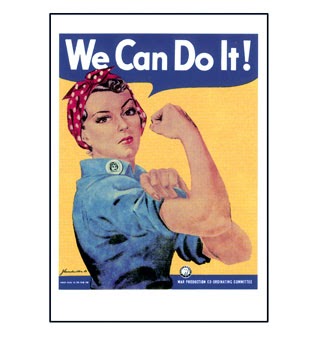 We're having a fairly lazy weekend, although I did manage to clear the junk corner in my office, piled between a file cabinet and the bookcase.  It was like an archeological dig!  The plastic bubble packaging layer; the extra hanger layer; flat boxes; present wrapping; simple quilts I meant to donate; great-grandmother's linens, the ones left after everyone else chose; binders.  At the bottom was a box, and at the bottom of the box was a bunch of unused basic household stuff.  It's a mystery, but I suspect it came back home during a time my son was between places, since the mug belonged to him.  In any event, donations have been made, recycling has been done.  Also, progress in unloading some of the too-many books around here, with two bags delivered to the book exchange.

Daughter's first few days at the new job were good!  At a going away party for someone who retired, they also gave her a lovely orchid to commemorate her beginning.  That is so sweet.

A chef who now does BBQ has started setting up shop on weekends outside a local family-owned produce / etc. market.  Match made in heaven!  One can't eat BBQ all the time, but this is very very good.   And I love that his HS daughter cheerfully helps him at the stand.

I'm sure I'll have some whines later.  What's happening at your place?